Phil Mickelson is aware that he still has it in him to compete in the majors. The PGA Championship in New Jersey did not turn out to be a golfing experience that Phil needs to remember. But, the ace golfer left Baltusrol knowing that his game is good and with a little bit of drawing board meetings he could get back to his golfing best. 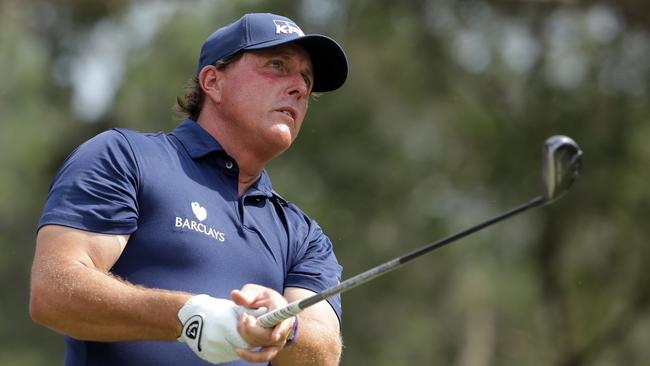 He is very excited about the prospect of playing the in the forthcoming FedEx cup playoffs and the Ryder Cup. He will be representing the United States in these two events for the 11th time and these calls for huge celebration.

The 46 year old is looking to take a break of about three weeks after competing in two majors in 21 days. He will be of course returning to tee up at his favorite spot, the Bethpage Black, at the Barclays. Mickelson said that he is looking forward to playing in the four playoff events and Ryder Cup. He wants to show his golfing prowess and to let everyone know that he is still at his competing best.

The three week break will be the first summer break  that Phil takes in two decades and there is no doubt that he will come back rejuvenated and with a bang. The sixth ranked player in the FedEx Cup is looking to take complete rest and to free his mind of all golfing activities. He will hit the range hard and practice in the next two weeks.

Mickelson’s last major victory was in the 2013 Open Championship. But, his golfing skills and grip on the game has not gone anywhere as he has enjoyed top five finishes in six events this year. Phil is working on the swing with Andrew Geston and it is really showing up on the golf course.